Deprecated: The $control_id argument is deprecated since version 3.5.0! in /home/malaysia/public_html/wp-content/plugins/elementor/modules/dev-tools/deprecation.php on line 304
How to travel by train Malaysia : how much, where, how to book ?

How to travel by train Malaysia: how much, where, how to book? 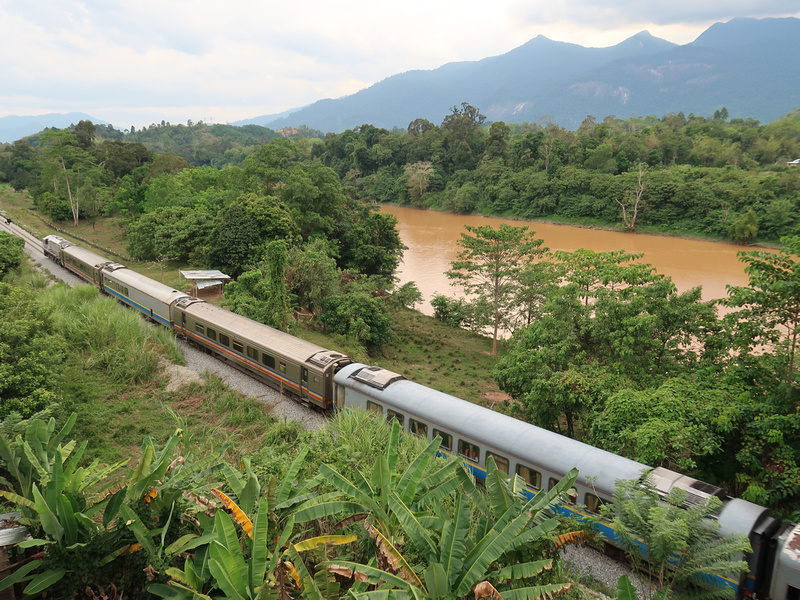 How to get around by train Malaysia ?

The Malaysia train is a unique tourist experience. Malaysia has an excellent railroad line as well as a very good road and air infrastructure.
One of the most important steps of a trip is to plan your travels well.
If you want to know more about the means of transportation in Malaysia, do not hesitate to consult our article getting around in malaysia.

Malaysia train is an excellent choice of transportation. The country’s railroad line connects several cities in the country.
It is a means of transportation that will not only allow you to arrive at your destinations safely but also to admire nature at work.
Traveling on Malaysia trains is as simple as booking a ticket and boarding the train just minutes before departure.

Train Malaysia: the main line and types of train service

Peninsular Malaysia’s railway route serves more than 1800 km. The main line runs from Singapore to the capital Kuala Lumpur and north to Thailand.
Trains depart from the main line to the northeast coast of Malaysia.

The coast is near Kota Bharu.

The national train service is operated by KTMB (Keretapi Tanah Melayu) with a main hub at Sentral Station in Kuala Lumpur. 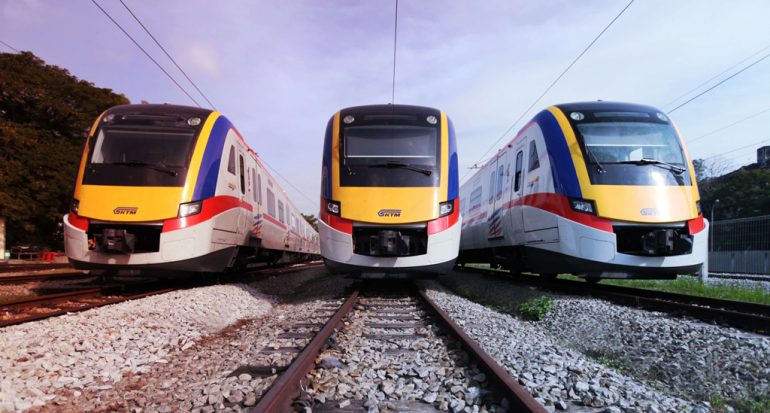 There are two types of rail service :

Usually these trains have only the economy class. Local trains stop frequently, taking twice as long to reach the destination as express trains. You can check the schedule and buy tickets on the KTMB website. However, be sure to confirm the times. They are subject to frequent changes.

In East Malaysia, Borneo trains operate a short, narrow-gauge line for round-trip tourist escapades. These trips usually last four hours, and you can enjoy a lunch and a sightseeing stop in Kinarut. If you are not on a tight budget, we recommend you to try the luxurious Eastern and Oriental Express train. This train connects the Thai capital to Singapore via Malaysia.

Getting around with the train Malaysia: the jungle train

The jungle train is one of the most magnificent journeys in Southeast Asia. The first jungle train started its service in 1910, the route covered 526 km. The final route of the jungle train was completed in 1931. At present the train passes through several rivers and mountains.

In order to guarantee the safety of the passengers, the builders of the railroad followed the path of least resistance rather than making straight lines with viaducts and tunnels. The trip covers the coast of the Malaysian peninsula. The train is officially known as the East Coast Railway Line (ECRL).

The jungle train connects the city of Johor Bahru which is located near the Singapore-Malaysia border in the south to Tumpat near the Thai border on the east coast. Keep in mind, that technically, the Jungle Train does not reach the end of the East Coast, it only goes through a few eastern states. That’s why it’s called the East Coast Railway Line.

As for its nickname “the jungle train”, it comes from the fact that the train crosses the tropical jungle. However, if you travel at night, you will miss this beautiful sight. Malaysia is full of large forests that are home to oil palm plantations. Most of the tropical jungle remains in the middle of the peninsula, but it is being eaten away at both ends by the constant encroachment of plantations. The night service departs from Johor Bahru, the East Coast line starts at Gemas station at the junction of the West Coast line. 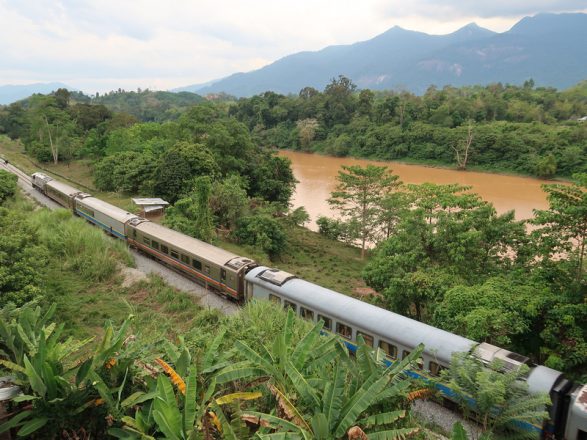 Here is the train schedule I found on the internet and the route (to be checked): 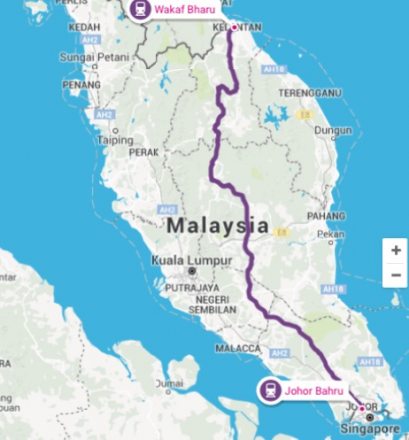 For the moment, we have not yet tested it…

Malaysia is developing since 2018, a fast line between Port Klang to Kota Bharu.
This project is still ongoing in 2021.
The line is expected to serve major cities such as Kota Bharu and the port of Kuantan, and to cross the regions of Kelantan, Terengganu and Pahang. 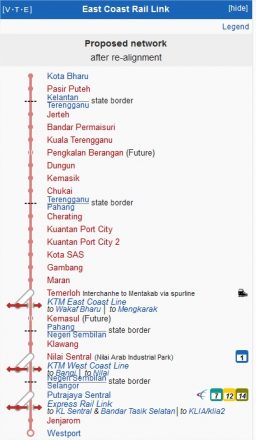 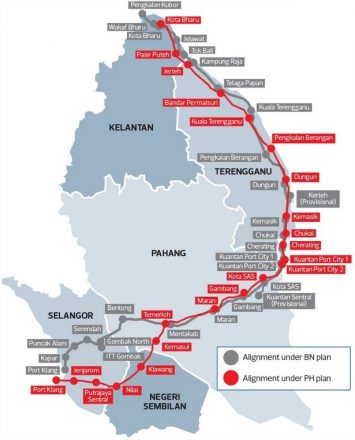 At this time, as of November 30, 2020, this project is estimated to be 19.69% complete.
There is still a long way to go before this line becomes effective!

There are several other very interesting train routes in Malaysia such as:

I. Kuala Lumpur to Ipoh

Ipoh
is a city close to the capital, it does not involve long hours of travel. Ipoh has gained a lot of notoriety as an ideal weekend getaway destination. This reputation comes from its seamless blend of cultures and histories as well as its charming urban landscape. The train connecting
Kuala Lumpur
to Ipoh will bring you to theETS (Electric Train Service) station. It is an inter-city railway station that operates between the major cities in Semenanjung, Malaysia. The maximum speed of the train is 140 km/h and the journey takes two hours. There are three classes in the train, what differentiates the classes is the number of stops. The train connecting the two cities will allow you to visit the historical station of Kuala Lumpur.

Penang is a dream destination for many tourists. The food capital of Malaysia attracts many visitors every year. There is a train line that connects the city of Johor Bahru to Penang.

However, there is no direct line. You will have to take two separate trains.
The first train leaves from Johor Bahru Sentral at Gemas Station. Then take the train to Butterworth in Penang.
Keep in mind that the only trip offered is at 3:10 pm. Even though this train takes longer than other means of transportation, you will have the chance to visit several regions that you have probably never seen before.
The train from Johor Bahru to Penang will allow you to see the lush tropical vegetation as well as the rural landscape.