Deprecated: The $control_id argument is deprecated since version 3.5.0! in /home/malaysia/public_html/wp-content/plugins/elementor/modules/dev-tools/deprecation.php on line 304
Visit Malaysia, Malaysian cities from Kuala Lumpur to Kota Kinabalu 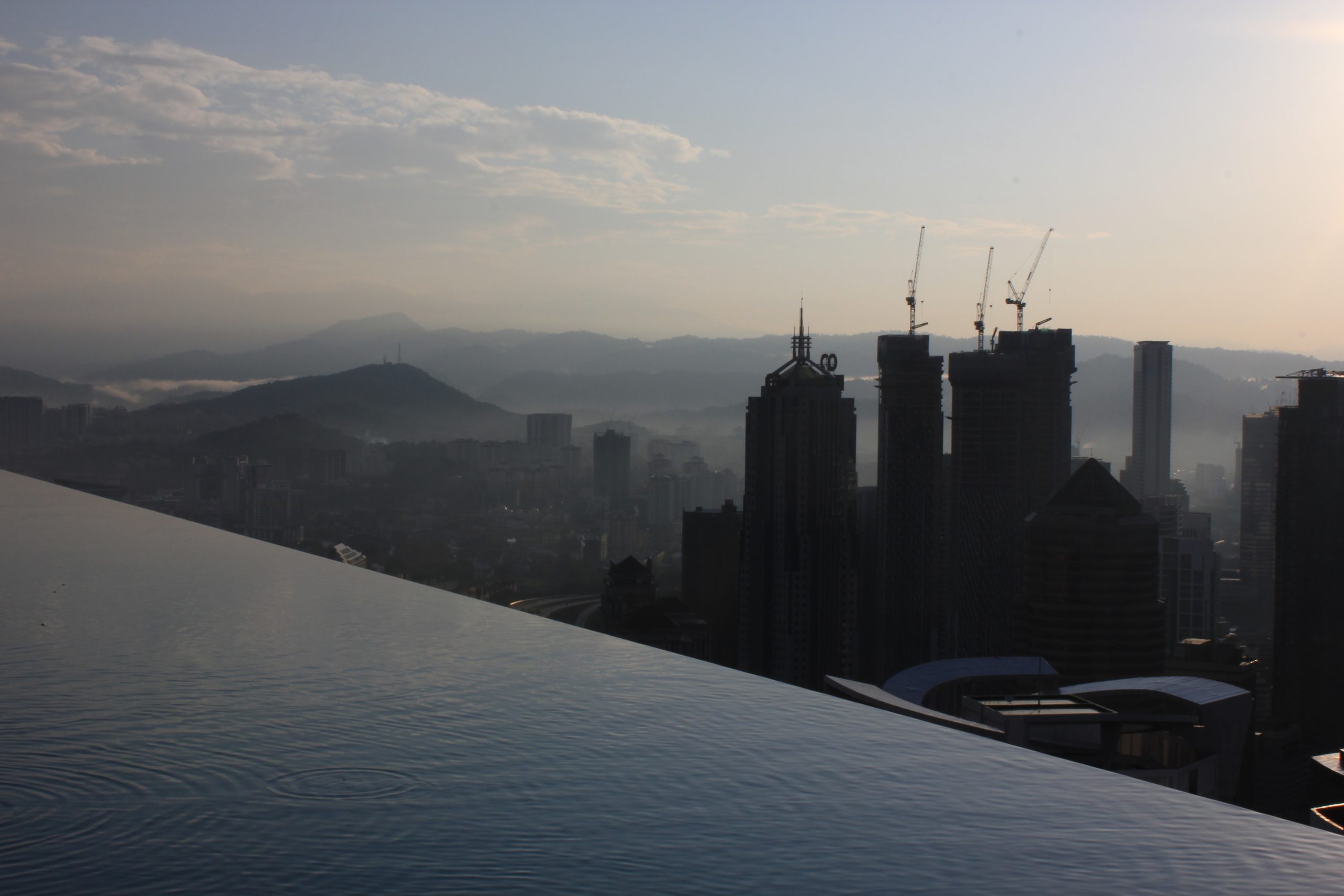 City Malaysia : some cities in details

Malaysia is one of the tourist destinations that will not leave you indifferent. For centuries, many poets and writers have praised the beauty of the Malaysian cities. When you read everything that has been written about Malaysia, you ask what this country does not have. If you want to know everything about Malaysia, we invite you to read our article on Malaysia.

One of the reasons why Malaysia is one of the best tourist destinations is its natural and cultural wealth. The country is also home to several beautiful cities that wonderfully combine nature and modernity. If you want to get to know the cities of Malaysia, this guide is for you.

General overview of cities in Malaysia

Before you travel to Malaysia for the trip of a lifetime, there are many things you should know. Malaysia is divided into two geographical parts (Peninsular Malaysia, East Malaysia). The Malaysian peninsula is the mainland, this part of the country is connected by land borders with Singapore and Thailand.
The capital of Malaysia is Kuala Lumpur.

It is located on the peninsular coast. When traveling to Malaysia, the majority of travelers will land at Kuala Lumpur International Airport.

Kuala Lumpur International Airport (KLIA) is a major international hub. Kuala Lumpur is the largest and most extensive city in the country. However there are several other cities that are very famous in Malaysia. The cheapest way to travel from city to city is by national bus. They have regular connections between all cities.
You can also use domestic flights to travel between cities in Malaysia. However, if you want to go around the city, we recommend the great ride-sharing app Grab.

On the eastern side, our favorite city : Kota Kinabalu

One of the most popular cities in the country is Kota Kinabalu. The city is located on the Malaysian part of the island of Borneo. Kota Kinabalu is the capital of the state of Sabah. In the past, Kota Kinabalu was a small commercial colony, initiated by the British North Borneo Chartered Company. This colony has lived on the island of Gaya since 1881.

A few years later Kota Kinabalu was moved to the mainland. Before being named Kota Kinabalu, the city was named Jesselton. This was the name of one of the directors of the British company. Jesselton remained a quiet backwater for nearly fifty years until it was taken over by the Japanese colonizers. After the World War, Jesselton grew rapidly.

The town was renamed Kota Kinabalu and became a base to see several tourist attractions. On your way to Kota Kinabalu, you can see the coral reefs of Tunku Abdul Rahman National Park as well as the jungle covered mountains of Kinabalu National Park. If you want to know more about the city of Kota Kinabalu, we put at your disposal the following article kota kinabalu.

A city to visit : Georgetown Malaysia

Georgetown is the second largest city in Malaysia after Kuala Lumpur. However, the city is quieter than Kuala Lumpur. Its picturesque city center is a UNESCO World Heritage Site. Georgetown has much to offer its visitors. You will have the chance to admire the British and Portuguese architecture. You can also visit forts, temples and museums.

One of the best tourist attractions in Georgetown is the mural. There are more than 50 murals and sculptures on the walls of the old buildings in the city. You should know that its buildings date back to the 19th century. If you want to explore Georgetown, just get lost in the mural trail. If you want to know everything about Georgetown, we invite you to consult our guide georgetown malaysia.

The capital of Malaysia : Kuala Lumpur

Kuala Lumpur is the capital of Malaysia and its largest city. In a century, Kuala Lumpur has transformed from a jungle into one of Asia’s most important urban and financial centers. The modern skyline is dominated by skyscrapers and subways.

The Petronas Towers are a national pride for the Malays. In 1998, the Twin Towers were the tallest buildings in the world. However, part of Kuala Lumpur’s charm lies in the fusion of the old and the new. The capital is a mix between traditional and modern. Kuala Lumpur is home to traditional Chinese and Malay neighborhoods alongside grand Mughal and Victorian buildings. If you go to Merdeka Square, you will find the world’s largest flagpole.

You will also have the opportunity to admire some of the most beautiful colonial architecture of the capital. Among these masterpieces are: St Mary’s Church, the National Monument, the Royal Selangor Club, the serene Masjid Jamek Mosque, Chinatown and the KL Tower. By the way, if you go to the KL tower, you can enjoy a panoramic view of the city. If you want to learn more about Kuala Lumpur, please visit our article kuala lumpur. 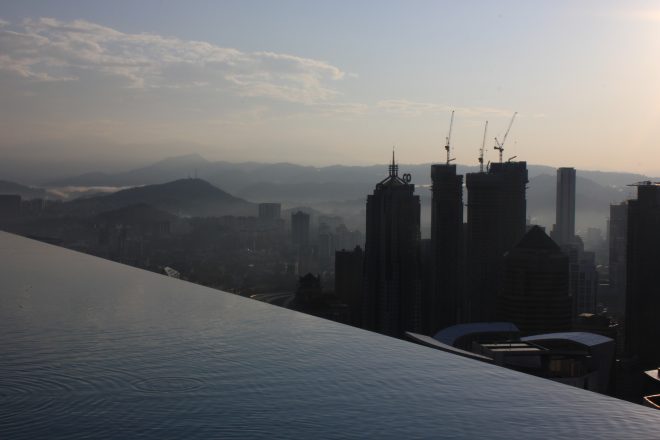 Penang is a popular destination for tourists and digital nomads. Penang is home to the city of Georgetown which is a UNESCO World Heritage Site. Penang is also known as a culinary paradise because of the great ethnic diversity in the city.

On your way to Penang, you can enjoy popular local specialties such as Nasi Kandar, Pasembur, Asam Laksa, Penang Rojak, Char Kway Teow, and many others. Penang is full of beautiful places to visit during your stay.

Some of the tourist places to visit are: Kek Lok Si Temple, Penang Hill, Dhammikarma Burmese Temple, Snake Temple, Batu Feringgi, Gurney Drive War and Chaiyanabgalaram. Penang is also home to some beaches with golden sand and a relaxing vacation atmosphere. Personally, do not expect paradisiacal beaches. If you want to know everything about the beautiful city of Penang, we invite you to consult our guide penang malaysia.

Today, Ipoh is slowly developing into a major tourist destination in Malaysia. The town has beautiful limestone caves, towering white cliffs, and a superb culinary scene. Ipoh is also becoming a popular choice among food tourists. The city has a wide range of appetizing street food.

Some of the places to visit in Ipoh are: Pangkor Island, Kek Lok Cave Temple, Bukit Larut, Sam Poh Tong Cave Temple, Masjid Ubudiah, Perak Cave Temple, Lata Iskandar, Belum Forest Reserve, Gua Tempurung, Temenggor Lake, Kellie’s Castle and Taiping Lake Gardens. In addition to its tourist attractions, Ipoh is also a great place to visit the Cameron Highlands. If you want to know more about the city of Ipoh, we recommend you to read our guide ipoh malaysia.

The starting point for the paradisiacal islands of the East : Kuala Terengganu

Kuala Terengganu is home to several gleaming skyscrapers that sit comfortably next to the picturesque streets of Chinatown. The city also has an elegant harbor near the original kampong stilt houses of the city. The city is also home to new nature parks that offer a relaxed atmosphere. If you want to know more about Kuala Terengganu, we invite you to read our article kuala terengganu.

The closest city in the East to Kuala Lumpur: Kuantan

Kuantan is about 2 hours from Kuala Lumpur. It is a large city, in full development.
A few expatriates live in this city, but this population remains very negligible.

You’ll find everything a big city has to offer: shopping malls, restaurants, big name stores, etc., plus the beach.
From Kuantan, you can go north to Cherating or south to Mersing and all the islands of Johor.
To learn more about Kuantan, we invite you to read our article kuantan.

Other cities to do: Kuching

Kuching is one of the most unique and oldest cities in Malaysia.
It is the capital of the state of Sarawak, and is also the largest city on the island of Borneo in Malaysia.
Kuching is commonly called the city of cats (in Malay, cat is said “Kucing” – the “c” is pronounced [ch]).

The capital of Sarawak is the main route for tourists to visit the rainforest of Borneo. It is also the heart of the state of Sarawak. Kuching is home to several ornate Chinese temples. These temples are endowed with colonial style architecture. The city is also home to beautiful and lively markets, great museums and beautiful waterfronts.

Some of the best places to visit in Kuching are: Sultan Iskandar Planetarium, Sarawak Museum, Kuching Cat Museum, Chinese Museum, The Astana and Fort Margherita. There is also Chinatown, Bako National Park and Bidayuh Tribe Village. If you want to know more about the city of Kuching, we recommend you to read our guide kuching.

There are many other cities, which we will not be able to detail immediately.

Our remarks : visit the cities of Malaysia, a unique experience

You can explore the lush vegetation, tropical forests, street markets and many other things. Whether you are traveling alone, as a couple, with your friends or with your family, the cities of Malaysia will satisfy you. The cities of Malaysia attract young and old. The tourist attractions are very diversified. The road and air infrastructure makes travel from city to city very accessible and easy. You will just have to plot your route and make the trip.

Discovering the cities of Malaysia is a unique experience. It is a trip that will mark you for life. It is an adventure that reveals your nature but also the natural, cultural, ethnic, culinary and historical wealth of this magnificent country.