The Malaysian population is very diverse. The majority of the population is of Malay origin, followed by citizens of Chinese, Indian, Thai, Indonesian and other origins. Malaysia is a multicultural country at the crossroads of all cultures and civilizations. If you want to know more about this beautiful country in Southeast Asia, we invite you to read our article what you have to know Malaysia.

The history of the Malaysian population is long and rich. It dates back centuries and is full of immigrants. From the creation of the kingdom of Malacca in the 1600s to the present day. During all these long years, a small number of Chinese and Indian traders settled in the country. In the mid-19th century, a large influx of Indian and Chinese immigrants entered the country to work in the tin mining fields and agricultural plantations. If you want to know more about the Malaysian population, this guide is for you. 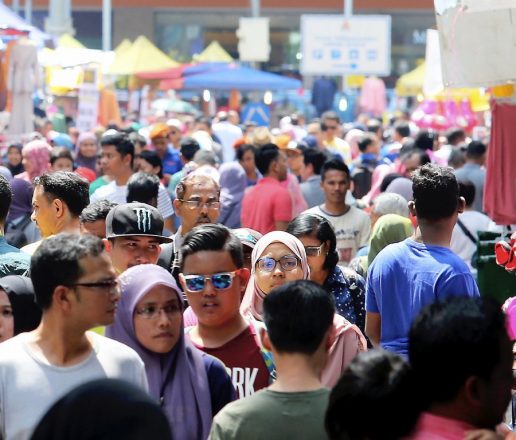 The beginning of Chinese immigration to Malaysia

The Chinese population is the second most dominant ethnic group in Malaysia. Today, Malay Chinese are everywhere in the country. The history of this cultural mixing began centuries ago. After the Opium War, the Qing Dynasty government in China began loosening its grip on coastal control policy, giving coastal farmers extensive freedom to seek new opportunities.

Malaysia had a migrant-friendly policy granting legal status to migrants. In the mid-19th century, a large number of Chinese migrants arrived in Malaysia to meet the demands of economic development and British imperialist expansion.

The evolution of Chinese immigration in Malaysia

As a result of Britain’s industrialization, its demand for foreign raw materials soared. The colonization of Malaysia allowed the expansion of economic activities thanks to the coastal ports. Trade was in full swing due to the exploitation of minerals and agricultural products. The peak of Chinese migration was recorded between the 1880s and 1940s.

The sudden influx of poor and modest Chinese migrants with a strong affinity for their ancestral origins has resulted in a binary phenomenon. The economic development of the British colony offered them opportunities to become rich. Among the Chinese migrants, there were also entrepreneurs who were barely educated but became rich. They managed to create their wealth from the commercial opportunities in Malaysia during the colonial era.

The influence of India on Malaysia

For several centuries, India has influenced Malaysia. The role of India was important in Malaysia, Indian merchants traded in valuable items such as spices, fabrics, textiles and jewelry. The Indians were also skilled carvers and were active in maritime activities. Indian ships were the main players in this area.

Politically, India and Malaysia had established several diplomatic relations with Malaysia. On the societal level, many Indian traders have married and integrated with the Malaysian population.

The beginning and evolution of Indian immigration in Malaysia

The migration of Indians to Malaysia began in the late 18th century when the British colonial offices opened in Pulau Penang. The influx of Indian immigrants occurred in the mid-19th century due to British intervention in India and Malaysia. The colonizers used their political influence to bring Indian immigrants to Malaysia. Immigrants had to work on the agricultural plantations.

After the birth of Singapore, the number of immigrants increased. Today, Malaysian Indians continue to thrive in many fields such as education, economy, medicine and others. The Indian population of Malaysia has made tremendous progress since the arrival of their ancestors in this country.

Population Malaysia: Indonesia, Philippines and others

The influx of new ethnic groups in Malaysia

After independence, Malaysia continued to receive a large influx of immigrants. The majority of these new immigrants came from Indonesia and the Philippines. The influx of these immigrants was only limited when the number of illegal immigrants exploded in the 1980s. Today, there are an estimated 3.3 million foreign workers in Malaysia.

More than two million are immigrants with legal status and the rest are illegal immigrants. This huge immigration development is mainly driven by the rapid expansion of the Malaysian economy. This expansion created many new jobs in the country, however, there were not enough workers. The size of the Malaysian population is very small and some citizens refuse to take low-paying jobs.

The evolution of the immigration of new ethnic groups in Malaysia

During the construction of the Petronas Twin Towers, the majority of the construction workers came from Indonesia and Bangladesh. In our era, plantation jobs no longer attract the local population. Malaysian farmers are increasingly dependent on Indonesian labor. In addition, Malaysia’s main agricultural export, palm oil, depends on these Indonesian workers. Thus, to support the expansion and competitiveness of the country’s economy, a foreign workforce was needed.

In addition, the growing participation of women and the rise of the middle class have created a demand for domestic workers from abroad. Especially Filipinos and Indonesians. During the 1980s, the government increased the importation of labor from Muslim-majority countries such as Indonesia, Bangladesh and Pakistan.