Deprecated: The $control_id argument is deprecated since version 3.5.0! in /home/malaysia/public_html/wp-content/plugins/elementor/modules/dev-tools/deprecation.php on line 304
Malaysia flag : history, description and meaning 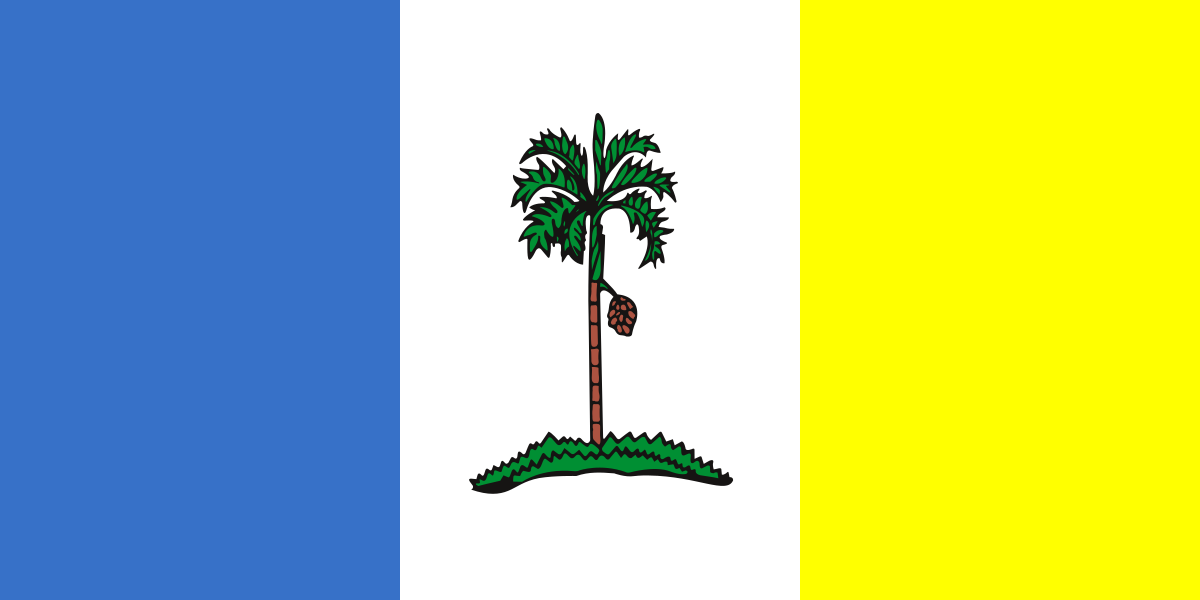 Malaysia is a country of cultural mix and a culinary paradise. The Southeast Asian country has several ethnic groups. This cultural mix can be seen in the flag Malaysia. Malaysia attracts tourists from all over the world thanks to its huge metropolises, beautiful islands and magnificent tropical forests. If you want to know more about Malaysia, please read our article Know Malaysia.

Malaysia is a country with a very rich history. This historical richness is reflected in its flag Malaysia. Unlike many countries in the world, Malaysia has a national flag and other state flags.

The history of the Malaysian flag

Malaysia is located in Southeast Asia and consists of 14 states and 3 federal territories. This country is multi ethnic and multicultural. Half of the population is of Malay origin. The other half is made up of large minorities such as the Chinese, Indians and other indigenous peoples.

The flag of Malaysia reflects the great history of this country. If you look closely, you will find it quite simple and straightforward. However, there are many hidden messages inside. Like every flag in this world, the Malaysia flag has its own history and ideology.

The old Malay flag was first flown on May 26, 1950. It had only 11 stripes and an 11-pointed star. On September 16, 1963, the Malaysian government decided to change the flag. The new flag has 14 points instead of 11. These three new stripes are those of Sabah, Sarawak and Singapore which joined Malaysia to form Malaysia.

After some time, Singapore left Malaysia, but the fourteenth stripe was retained and has since represented the federal territory. If you take a closer look at the flag, you will see that the Malaysia flag contains 14 stripes with changing color of red and white. In the upper left corner there is a dark blue rectangle with a crescent moon and a star. The flag of the country is often known as Jalur Gemilang, which means the bloody stripes.

Description and meaning of the flag

The 14 stripes of the flag of Malaysia are equal to the two primary colors red and blue. This is intended to confirm the equal status of the country’s 13 states and the federal government. The 11 stripes have increased to 14 as each stride must represent the states. The blue rectangle in the upper left corner represents the Citizens’ Unit. The dark blue color represents the connection of Malaysian citizens with the citizens of the Commonwealth region.

In the flag, you will find the crescent moon and the star in the upper left corner of the dark blue rectangle. Apart from that, the crescent moon represents the official religion of the country which is Islam. The star has 14 points in the symbol which actually represents the 13 states and the federal government which comes from a core that unites the states. The yellow color in the stars and crescent symbolizes royalty. This yellow color is in fact the color of the royal leaders. That’s why the stars and the crescent are highlighted in yellow.

Apart from the national flag, each of the 13 states of Malaysia has its own flag. Each flag has its own history and distinct identity. We will give you some examples.

Pulau Penang has one of the most unique flags in the country. The flag of the state of Penang was adopted in 1949, after the end of the Straits Colony. The flag of Penang is divided vertically. Its colors and style represent its name and geographical composition. The light blue, white and yellow signs are spaced from the flag. They respectively indicate the sea that surrounds the island, the tranquil climate of the state as well as the prosperity of its population.

the state of Penang bears his name with dignity. On the central white strip, is the humble pokok penang, or areca nut palm. You’ll also find the scourge of the country’s schoolchildren who are tasked with drawing Malay state flags!

The Johor State flag is one of the oldest flags in Malaysia. It has been in use since 1871. The flag of the state of Johor is characterized by its navy blue color, which occupies about three quarters of the flag. The color represents the unity of the state government. The red symbolizes the Hulubalang which means the highest commander of the classical Malay kingdoms.

These kingdoms were loyal to Sultan Abu Bakar and defended the state against invaders. The white crescent and the star designate Islam and the ruler of the state of Johor respectively. The crescent and star are colored white and tilted to recall the Turkish flag. They would be a tribute to the strong diplomatic relations between the royalty of the Johor State and the Ottoman Empire. 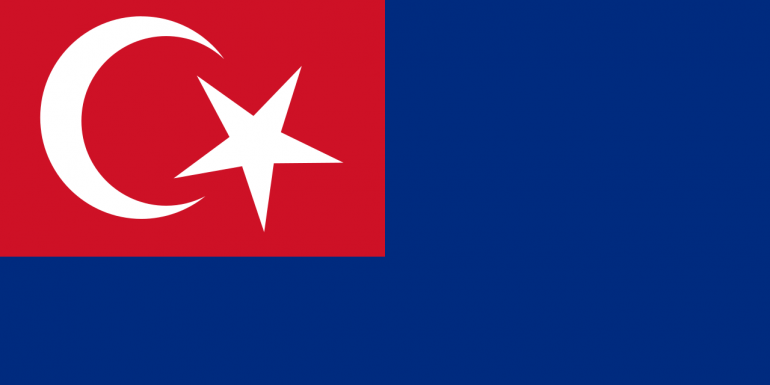 The flag of the state of Sabah represents Gunung Kinabalu, the sacred natural treasure of the state. Gunung Kinabalu is one of the highest mountains in Southeast Asia. The design of the Sabah State flag underwent a series of evolutions before its final design. On August 31, 1963, the state of Sabah adopted a flag with four stripes, red, white, yellow and blue, with a green canton and a brown mountain.

In 1986, the flag underwent a major redesign, with blue on white and a red triangle on the hoist, dropping the mountain silhouette. In 1998, the new and latest flag of the state of Sabah was introduced. The powerful mystical mountain is seen in it. The mountain is colored in dark blue, dominating the upper left panel on a light blue background. The zircon blue of the flag symbolizes peace and tranquility while the white recalls purity and justice. The chili red represents the courage and conviction of the state’s citizens, while the ice blue represents unity and prosperity. The royal blue represents strength and cooperation between the government and the citizens. 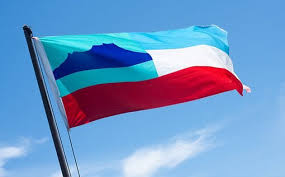